We celebrated Black History Month at Clark Middle School in Anchorage this year by creating a walk-through museum. The museum told the story from the days of picking cotton and sharecropping to Katheryn Johnson, the great mathematician whose life was portrayed in the recent movie, “Hidden Figures.”

The museum included a significant display about the Harlem Renaissance. The Harlem Renaissance included some of the individuals who paved the way for fine arts and sports. Some of those individuals who were showcased were Langston Hughes, W.E.B Dubois, Zora Neale Hurston, Billie Holiday and James Weldon Johnson. There was a display of Dr. Martin Luther King, and the original Ebony Magazine published in 1968 that included his assassination. Barack Obama was displayed with a large family portrait. Another section included African Americans in sports. Mario Chalmers who played basketball at Bartlett High School was included in the sports section. He was one of the first Alaskans to win a National Championship when he played the Miami Heat. A final section included a display about John Harold Johnson who was the publisher of Ebony and Jet Magazines. 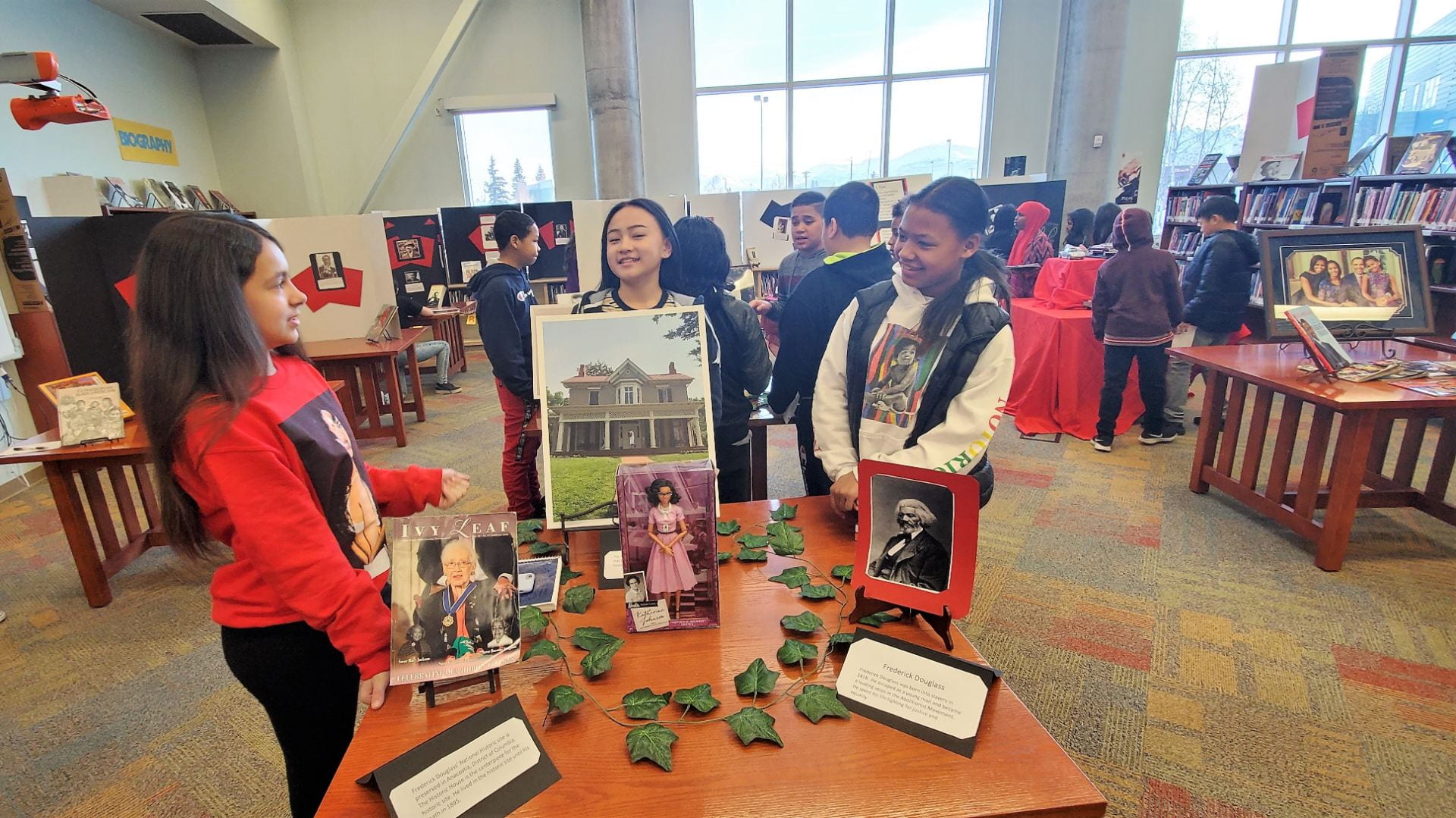 The teachers at Clark brought their classes to the museum to read and learn. The event lasted for four days in our library. The success of the museum was evident through the students who took notes and discussed what they learned with their peers. 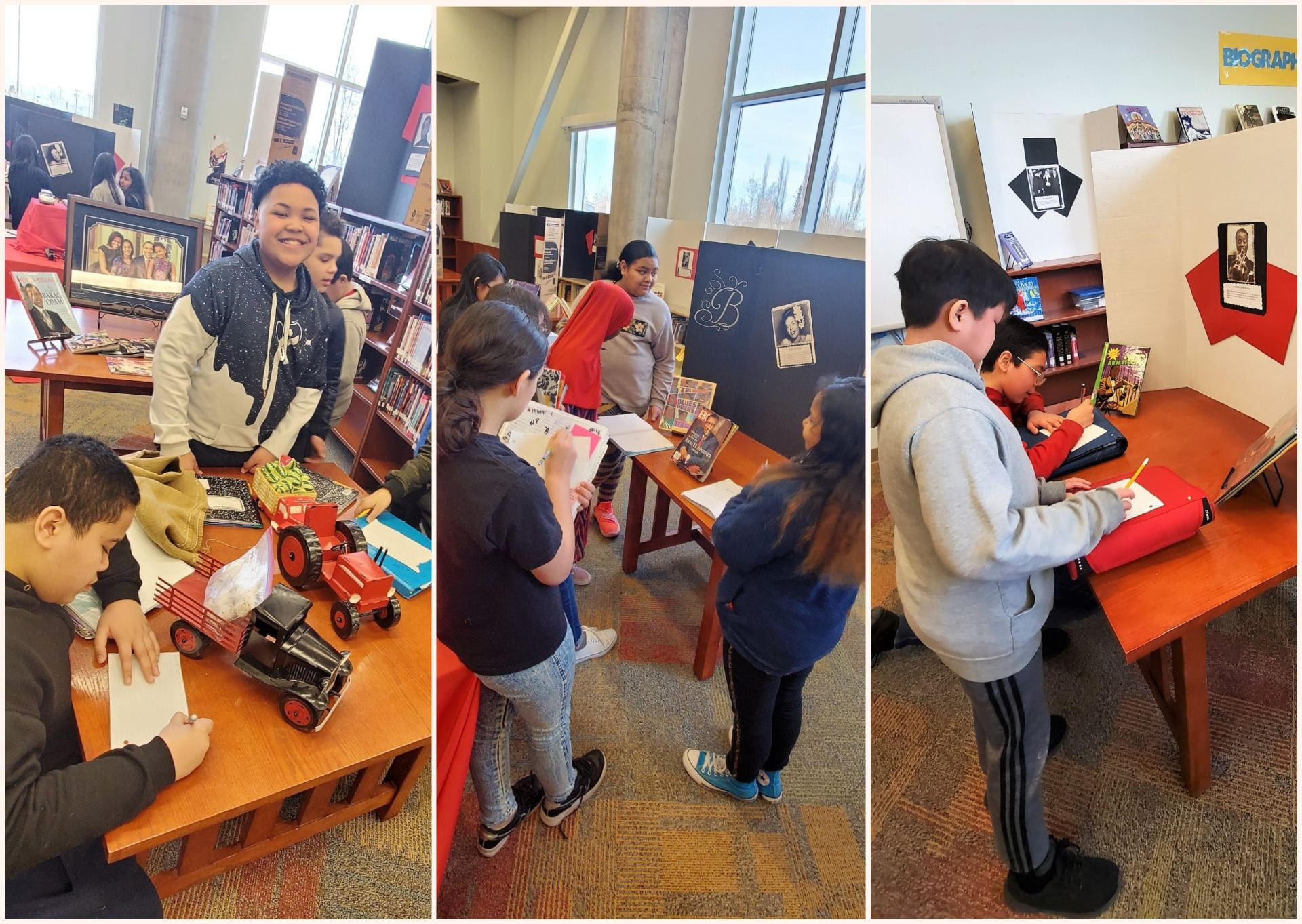