In a school year when many districts are struggling to cover the basics, Bering Strait School District has been busy building young scientists. For more than 20 years, BSSD has held a districtwide science fair, come snow or sleet or global pandemic. This year, amid closures all over the state, BSSD decided the show must go on – on line – with a virtual district fair that allowed student-scientists to present to judges remotely from their own schools.

According to Carolyn Heflin, BSSD Director of Curriculum and Instruction, the decision to go virtual was logical, since the district winners would be going on to compete in the Alaska State Science and Engineering Fair, which had already chosen a virtual platform for 2021. By practicing presenting their projects online, students would be well prepared to compete at the state level. Heflin notes that the practice paid off, when one of the middle school entrants from Shaktoolik won first place in the chemistry category at the state competition with her investigation of the effects of baking soda on cookie taste and texture.

Originally, the district science fair was exclusively for high schoolers, but in recent years, with the help of generous funding from the Rural Alaska GEAR UP Partnership grant, middle schoolers have been welcomed into the competition. “We wanted to get science and engineering exposure in younger levels, as opposed to the tail end of high school,” says Heflin, noting that early exposure allows youngers students to “engage in community citizenship, enhance critical thinking skills, and build confidence in speaking to subject matter.” 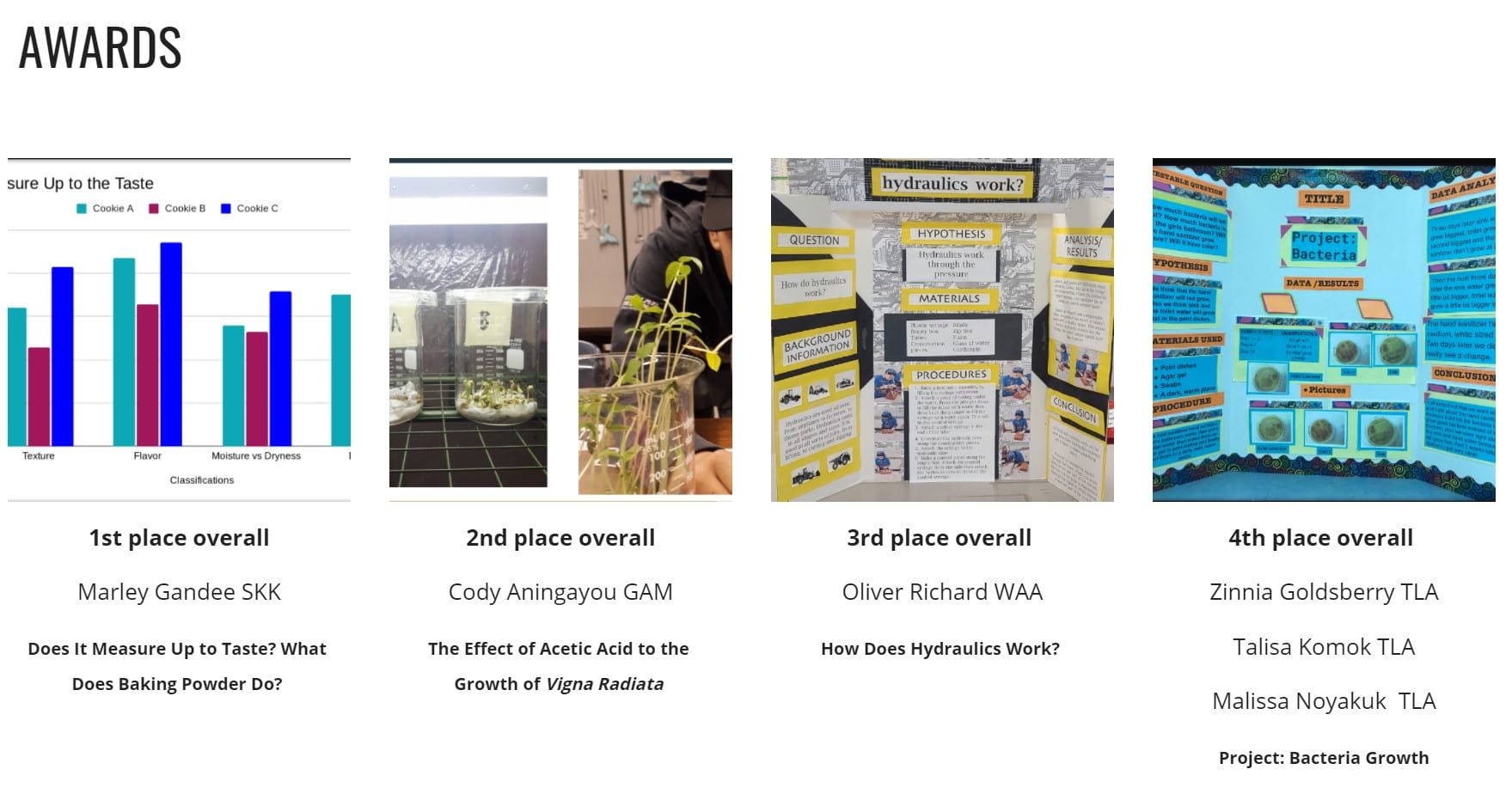 With the additional funding to help purchase scientific supplies, many more students have been able to participate at the school and district levels. Most years, multiple students compete from as many as 12 of the district’s 15 schools, but this year, with closures and other limitations, 5 schools competed virtually. Because of the need to order hard-to-get materials far in advance, students began shaping their projects in August or September and worked on them steadily, in and out of class, for the whole year. Under the guidance of teacher volunteers at each site, students investigated a wide variety of topics, from the formation of bubbles to the energy content in tree nuts. 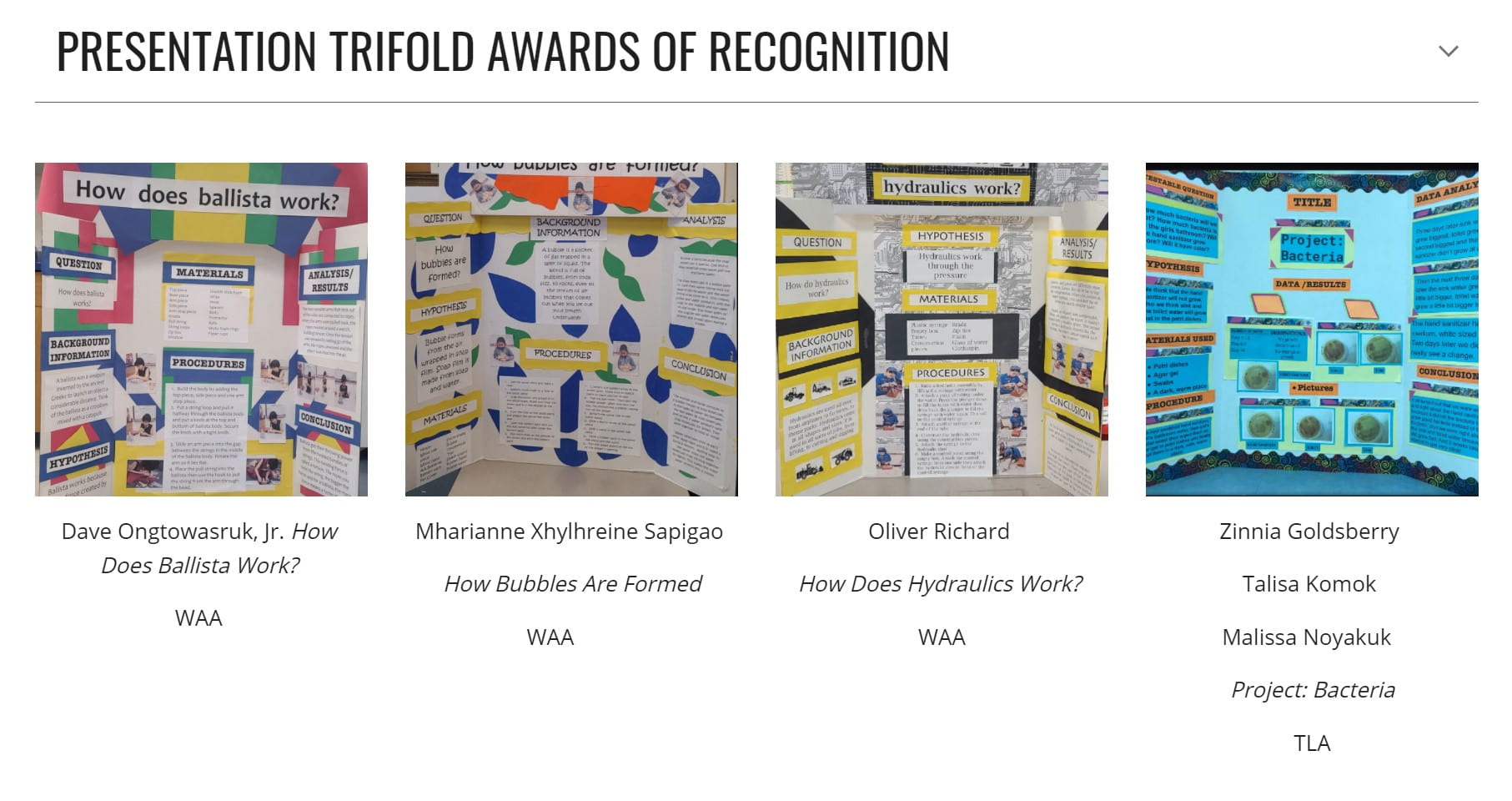 “This year was especially challenging for teachers and students,” says BSSD Science and Social Studies Facilitator Karen Beranek, with Covid 19 forcing sudden school closures that kept some young scientists from watering plants or accessing materials within the school buildings. Even with schools open, parents weren’t allowed in the buildings for the presentations, so BSSD made competitions available to watch online.  Presenting virtually during the competition may have been daunting for some, but Beranek says the judges “always try to convey that we are engaging the students as fellow scientists, and that encourages students to relax a bit….”

Although it has been a hard year in many aspects, Bering Strait students have adapted to the changing conditions and pursued their passions for science and inquiry. Heflin says the district is very proud of all the kids who persevered and competed this year, and she feels they are building foundational skills that will serve them their whole lives. “Students are using a scientific lens to look around them and hypothesize about problems in their communities,” she says, pointing out that those same critical thinking skills are “applicable to anything you do in life.” 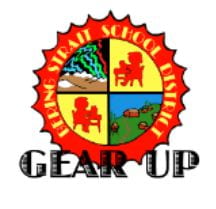 *The Rural Alaska GEAR UP Partnership grant provides funding for BSSD science fairs and other STEM-focused and college readiness efforts in 37 villages in western Alaska. This 7-year grant is funded by the United States Department of Education, Gear Up program. Kelly Tonsmeire, ASDN Founder, serves as Project Director.